Teaser: The digital banking scene has found its foothold in Asia over the past few years and it will continue to grow in the months to come. The landscape is filled with players from various markets with a variety of offerings. But how did this first begin? 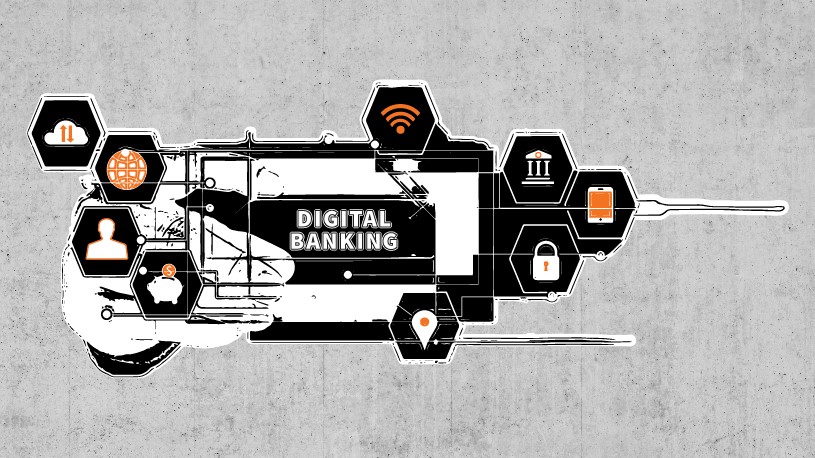 The digital banking scene has found its foothold in Asia over the past few years and it will continue to grow in the months to come. As seen below, the landscape is filled with players from various markets with a variety of offerings. But how did this first begin?

Though some may refer to Digital Banks as Neobanks, Challenger Banks or Virtual Banks, what these banks have in common are they often started with no physical branches and leveraged technology to differentiate their offerings in the banking sphere. 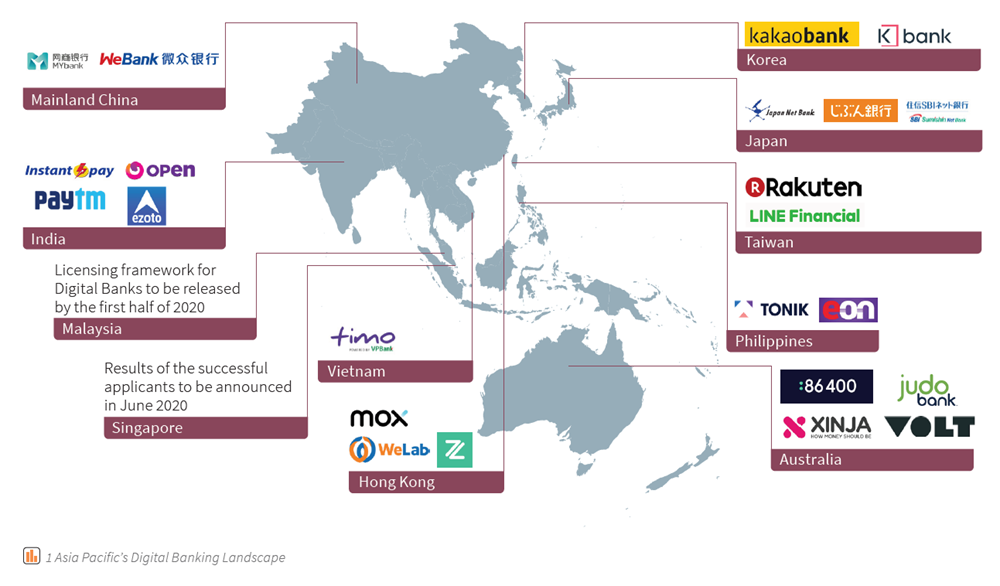 The concept of digital banks was first developed in Europe where it radically challenged and transformed the banking landscape. At present, digital banks have garnered a strong foothold in the United States and Europe, but there is still a long way to go in the Asia Pacific Region.

Japan Net Bank was the first digital bank to launch in Asia. Sakura Bank, presently known as Sumitomo Mitsui Banking Corporation, saw the opportunity for a standard payment method for Japan’s growing internet users, created a joint venture in 2000 to form the digital bank and offer small B2C and C2C transaction settlement. Though the digital bank began to offer a larger variety of products, the trend of digital banking only began to take off when China came into the picture.

In 2015, the China Banking Regulatory Commission issued its first virtual banking licenses to Tencent’s WeBank and Alibaba’s MyBank. Tencent was known for their popular messaging app Wechat and Alibaba was famous for their global e-commerce platform. When news broke out that a social media app and an e-commerce site were challenging the traditional banking players by creating digital banks, it was met with excitement from many consumers and corporations. Shortly after, the Hong Kong Monetary Authority handed out 8 virtual bank licences with the intention to catch up with Mainland China and Japan in disrupting bricks-and-mortar banking. This led to a wave of digital banks being set up across Asia Pacific. Examples of these newly formed digital banks would be K-bank in South Korea and ZA Bank in Hong Kong.

Singapore is not one to be left behind from the digital banking wave. As a nation, Singapore has been radicalized and transformed by technology and recently the Singapore government has taken the initiative to reposition itself as a technological hub through direct investment into technology and subsidies to incentivize innovators. Out of all the initiatives that the Singapore government has put forth, the most recent one would be the Monetary Authority Of Singapore’s Digital Banking License.

Applications for the Digital Banking Licenses have been submitted and the results will be released later this year. As we look at the list of local and international consortiums who applied for the license, a key observation is that many are outside the traditional banking space. It will be very exciting to see how these companies leverage their expertise in technology and consumer knowledge, and apply it to the banking industry. 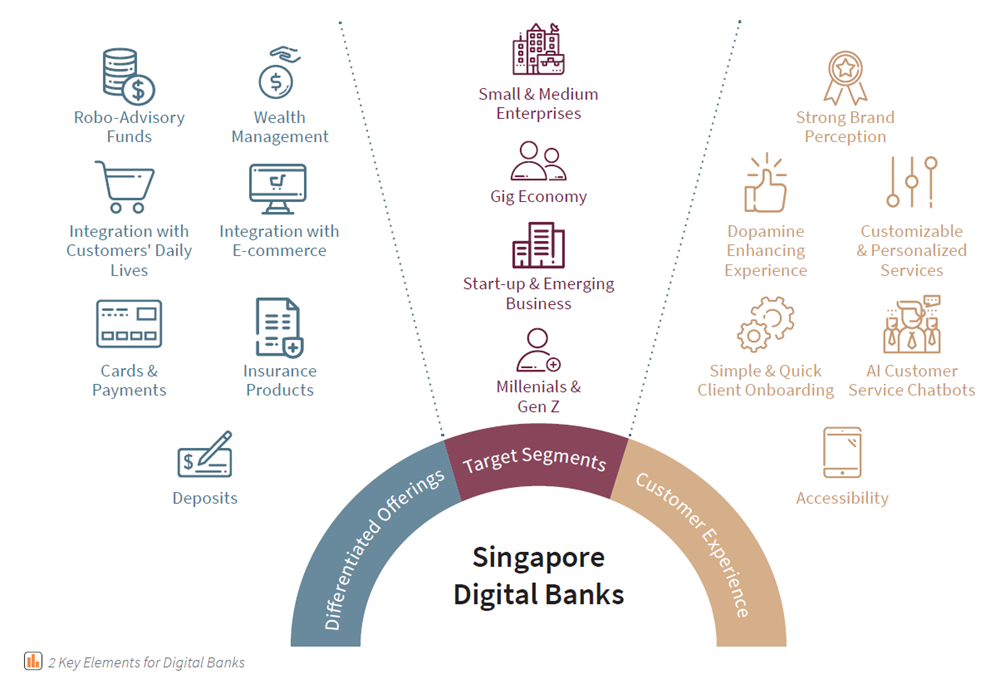 Key elements for the Digital Banks

In order not to fall behind in this digital banking race, there are several essential factors that banks should focus on to differentiate themselves among other digital banks and traditional banks.

Differentiated offerings will be a key factor for digital banks to draw customers from the existing market. Digital banks are expected to distinguish themselves from traditional banks by offering better rates and removing minimum deposit requirements given their lower operational costs. Additionally, digital banks can differentiate themselves by offering technologically advanced products such as robo-advisory funds to investors to increase the attractiveness of their offerings.

When it comes to the target segments, digital banks are likely focusing on unique segments where the traditional banks have not been able to address well. Through the use of technological tools such as AI-based credit scoring models, digital banks can easily underwrite Small and Medium Enterprises or individuals that have insufficient information or assets. As the traditional banks have not been as successful and focused on these sectors, it would be a strategic opportunity for the digital banks to create a niche for themselves.

For the third point on customer experience, the satisfaction and experience that customers would receive from using their service and app would be key in retaining and attracting customers. With many options to choose from and limited funds, digital banks must create a significant contrast between them and their competitors.

How Synpulse Can Help

Synpulse has profound knowledge and experience in designing and integrating digital banking solutions. Our team takes a holistic and integrative approach, providing support all the way from designing the go-to-market strategy and assessing the technology or solution to implementation. We have extensive implementation experience and an intimate understanding of working with industry-leading software.